A dedicated and zealously committed teacher, Ms. Vineeta Arora joined the Bhavan family in 1994 and has over 30 years of prolific teaching and administrative experience to her credit. A Post-Graduate in Commerce and Management, she began her journey as an Accountancy teacher. Earning acclaims for her professional proficiency and managerial acumen, her career graph has been in constant momentum, going from strength to strength till date. She took her place at the helm of the institution as Principal in June 2008. She was then conferred with the designation of ‘Senior Principal’ in recognition and appreciation of her outstanding contribution in the field of education in 2016. Under her dynamic stewardship, the institution has set higher benchmarks of excellence and holistic development.

Vineeta Arora has been conferred with several awards and honours in recognition of her visionary leadership.

Ms. Arora has always been passionate about developing every aspect of the school as a centre of excellence and then sustaining it; about pushing the envelope to get the best out everyone around her; about nurturing emerging leaders around her-both teachers and students. She constantly works to improve her emotional intelligence and is conscious of the fact that a strong team culture is the foundation for accomplishing any mission. She epitomizes an empowered woman, who in turn inspires others to be empowered. Like an experienced leader, she is in a perpetual state of preparation and embraces the inevitable challenges that any progressive educational institution faces; thus, proving irrevocably that there is an empirical link between strong school leadership and improved student achievement. 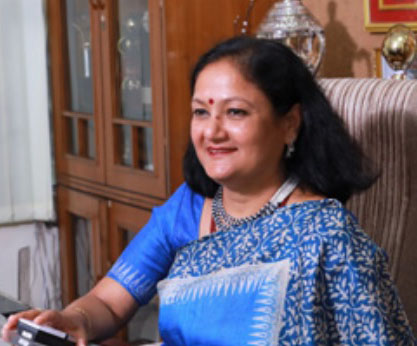